skip to main | skip to sidebar

It's March 26th at 6:15 PM in Miami. The year is 1960 and television history is about to be made as legends Frank Sinatra and Elvis Presley make television special "Welcome Home Elvis" to celebrate the singer's return from his military service. The two men had been musical rivals throughout the 1950s and the press had largely tried to exploit a rift between them. Yet Sinatra arranged for his own daughter, Nancy, to meet Elvis at the welcoming party and gifted him a box of dress shirts for his arrival.The show, sponsored by the Timex watch company, aired on May 12, 1960 and captured the attention of an estimated 67% of the entire television-viewing audience. Although critics were divided, it's still exciting to see so many years later.

Posted by ckboss at 9:12 AM No comments:

Warner Bros MAN FROM U.N.C.L.E Behind the scenes video by Chloe Pemberton about composer Daniel Pemberton (her brother) 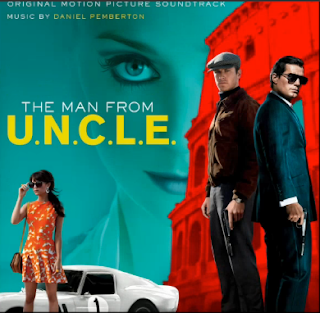 Posted by ckboss at 6:44 AM No comments:

Promote Your Page Too